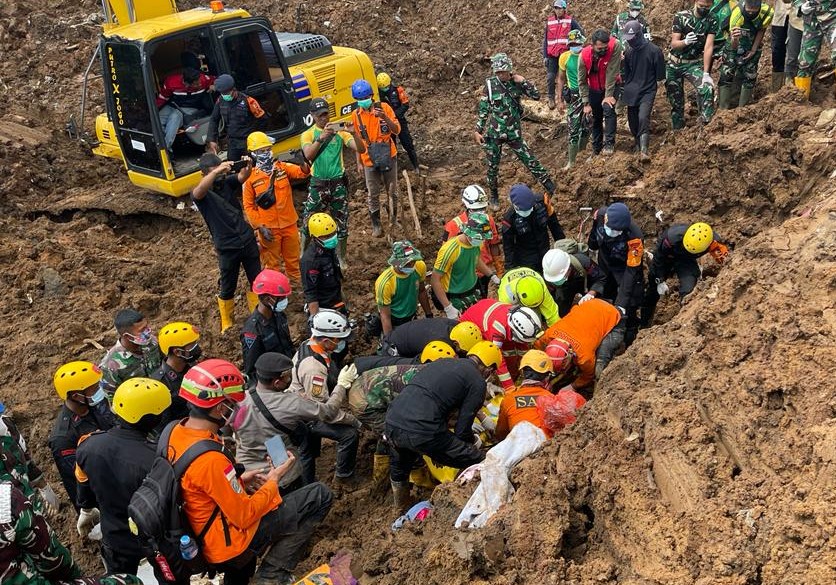 Tribratanews.polri.go.id - The joint Search and Rescue team have evacuated a father who is hugging his daughter while getting buried by a landslide due to the earthquake in Cijedil Village, Cianjur, on Monday (11/28).

The two bodies have been evacuated on the seventh day after the earthquake that rocked Cianjur on Monday (11/21), at 10:15 WIB. The father identified as Endin (36) while his daughter is Anisa (5). They were buried at a depth of about 2 meters. “Endin is Anisa’s father. They are my neighbors that have gone missing since November 21st, 2022, after the earthquake,” said Endin’s neighbor, Adul.

The evacuation process of the two were conducted by TNI-Polri and National Search and Rescue Agency. Endin was found hugging and protecting his daughter, Anisa, from the landslide. They were buried 10 meters from their house and found at 10:15 WIB.

Rescue team brought the two to The Forensic and Medicolegal Installation at Sayang Hospital for further identification by the National Police's DVI Team.