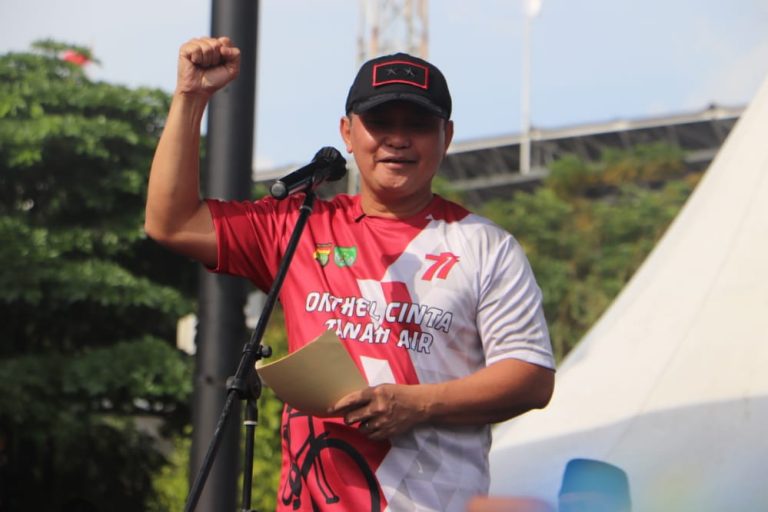 The event was also attended by the Head of Padepokan Sunan Kalijaga, Syarif Rahmat, Deputy Chief of the Metro Jaya Police, Brigadier General Hendro Pandowo, Main Officer of Polda Metro Jaya, as well as more than 1,300 Onthelis and Paragowes throughout Jabodetabek.

“I would like to congratulations and my highest appreciation to the committee and all parties involved in succeeding the event today. Hopefully, this

event could make us, who came from various professions, regions, ethnic groups, and religions, to be even more closer,” state the Two-Star General
Inspector General of Police Mohammad Fadil Imran, advised that these Onthelis can continue to preserve the tradition and culture of cycling with Onthel bike, because the bike is part of Indonesian history.

"A great nation is a nation that does not forget its own history, that is the quote from our first president of Indonesia, Ir. Soekarno. And when it comes to that sentence, it means that history is very important in building a great nation,” explained the Metro Jaya Police Chief.