The Search for Missing Person in Cianjur Extended to 30 November 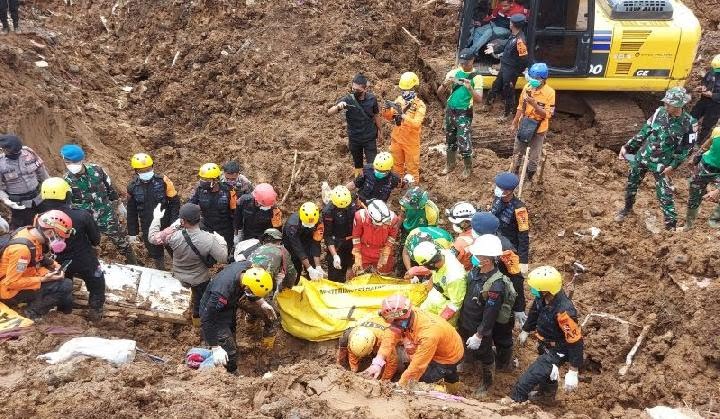 Tribratanews.polri.go.id - Until now, there are 11 more people that have not been found at Cicadas and Cijedil Village, Cianjur, following the extention of emergency response until next Wednesday, November 30.

The Acting Head of Data, Information, and Communication Center of National Board for Disaster Management, Abdul Muhari, stated that the Search and Rescue team is focusing on searching at two locations, the Cicadas and Cijedil Village.

“In our search to the eleven people that are still missing, we will focus it at two locations,” said Abdul Muhari at Cianjur Regency, quoted from tempo.com, Monday (11/28).

He then explained that the authority of central government in handling post-earthquake disaster will then be given to the local government, led by the Regent, District Military Commander, and Cianjur Police Chief.

“Per-today, the updates regarding the development of this disaster handling will be conveyed directly by Cianjur Regent as the handling of this disaster will be given to the local government. But we will still provide assistance to the government,” said Abdul Muhari.

He then adds that the central government will move into the next step in handling the disaster at Cianjur which is recovering the economic sector.

“After seven days handling the impact of the disaster, there will be an economic recovery, such as the markets and stall will be encouraged to reopen to move the wheel of the economy,” said Abdul Muhari.