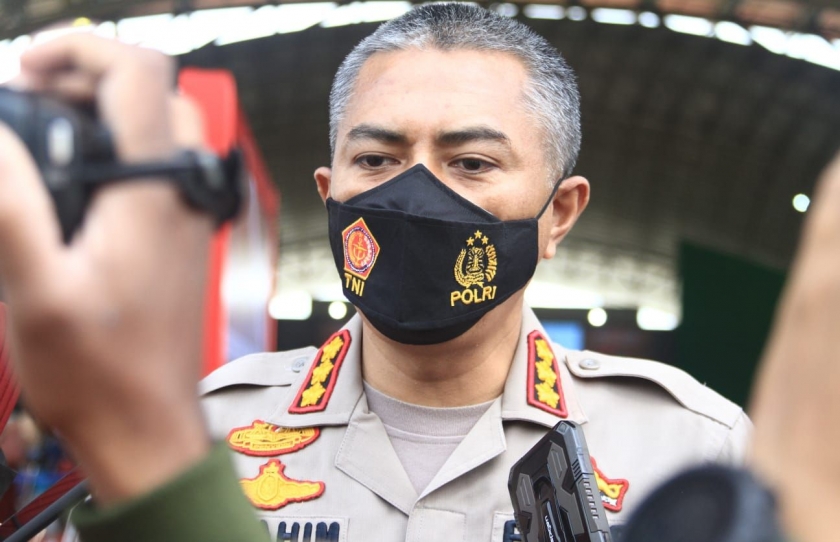 Tribratanews.polri.go.id - Police have arrested a suspect from Indramayu, with the initials S, whose allegedly related to the explosion at the Grogol Indah Police Dormitory in Solo Baru, Telukan, Grogol, Sukoharjo Regency, Central Java.

The man is suspected to have sent a cardboard package containing black powder which was the source of the explosion. "There was a request (from the Central Java Police, ed) to West Java to check the identity of the courier. And after we check and confirm it, it was true that S had sent it," explained the Head of Public Relations of the West Java Police, Commissioner Ibrahim Tompo, Sunday (25/9/22).Even so, Commissioner Ibrahim did not specify when the man sent the package and who the recipient was. For now the police secured the man with the initials S at the Indramayu Police Station for further examination. "It is true that he (S) had sent (the package in a cardboard box) from Indramayu. That person is being detained at the Indramayu Police Station,” explained Commissioner Ibrahim Tompo.

Previously, residents of the Grogol Indah Solo Baru Police Dormitory, Grogol, Sukoharjo Regency, were shocked by a loud explosion that occurred in their neighborhood, Sunday (25/9/22) night.