An Effort to Build Unity, Tolerance, and Diversity in Indonesia 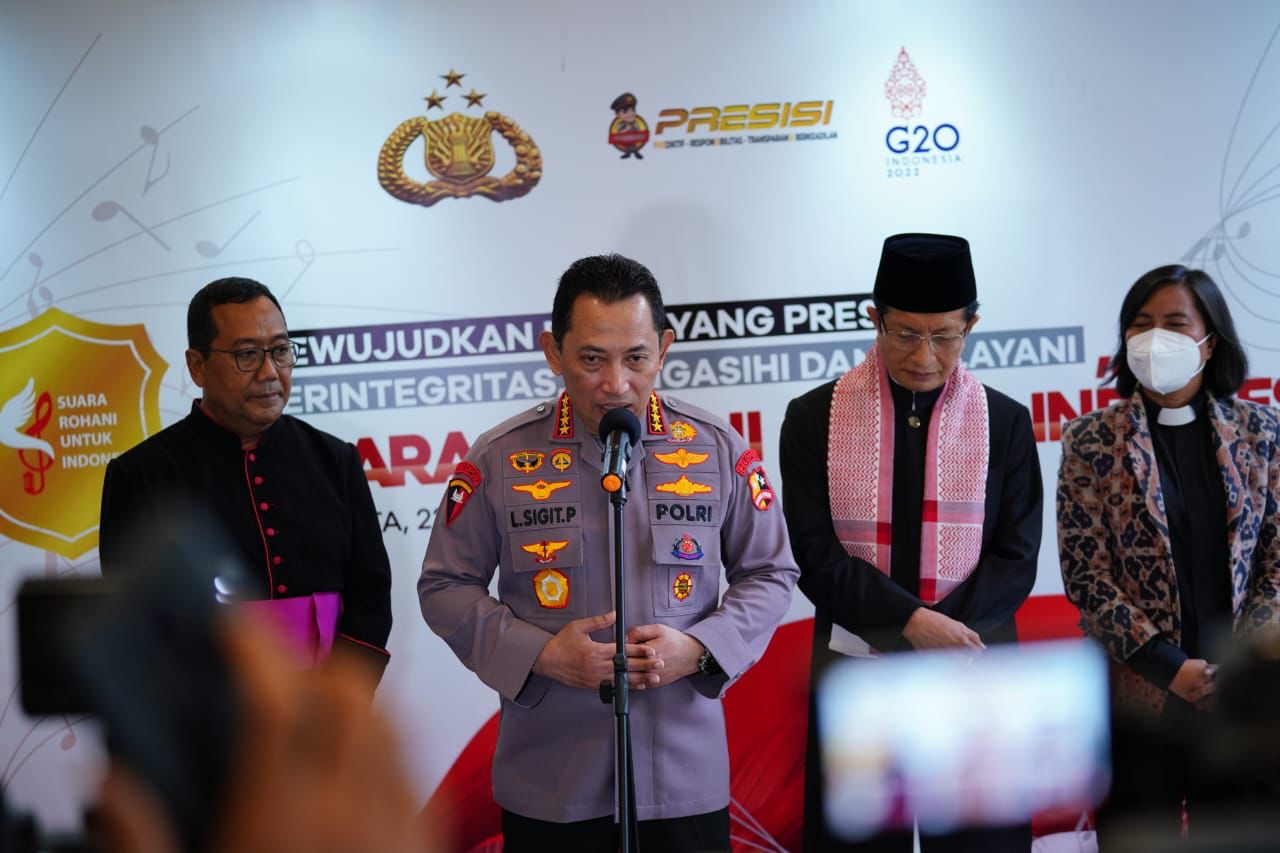 According to Police General Listyo Sigit Prabowo, the event is also a form of preserving and maintaining the value of the unity and integrity of Indonesia.

Police General Listyo Sigit Prabowo emphasized that Indonesia consists of various ethnic groups, languages, religions and customs. This diversity, Sigit emphasized, is a strength that Indonesia has in facing all forms of challenges and obstacles.

"This is part of our efforts to continue to build the values of unity, tolerance, and diversity. Because this event was also attended by all interfaith elements as proof that Indonesia is united despite having a huge diversity, and that is our strength," explained the National Police Chief.

Not only that, Police General Listyo Sigit Prabowo stated that spiritual activities like this were also used as a momentum for internal improvement and cultural reform within the Bhayangkara Corps institution.

The National Police Chief explained that in cultural reform, the spiritual side is one of the fundamental things that must always be embedded in the souls of all police personnel.

In this way, the National Police Chief hopes that every member of the police who carries out their duties can become figures that are expected and loved by the people of Indonesia. "And this is also part of our efforts to continue to improve the organization through cultural reform. Today's activities are certainly part of our efforts to improve ourselves," he explained.

Moreover, Police General Listyo Sigit Prabowo revealed that in the future the Police will continue to hold other spiritual activities in order to continue to maintain the existing unity and diversity.

"We all ask for your prayers and support for activities like this to be continued at another time, of course, a form of diversity, unity, and tolerance in religious aspect," said the National Police Chief.