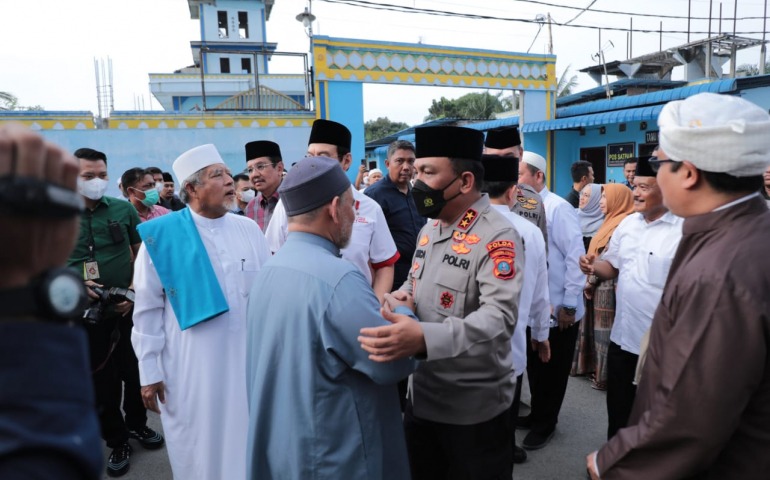 The visit was aimed to maintain and strengthen the relationship between the institution and the school, while also bringing harmony to the surrounding community.

"This opportunity is our chance to strengthen the relationship between the two, while also maintain our strong and diverse religious communities in North Sumatra," said Noth Sumatra Police Chief

The Two-Star General of North Sumatra Police also showed his admiration to Zulfiqar whose able to establish a place where he can teach and guide the youths.

"I was having a goosebumps seeing a place where the next generation of North Sumatra were forged into a better person where they could lead the state in the future," said North Sumatra Police Chief.

During the end of his visit, he said his thanks to Zulfiqar and the others for the warm welcome and hoped that their relationship would remain strong as ever.