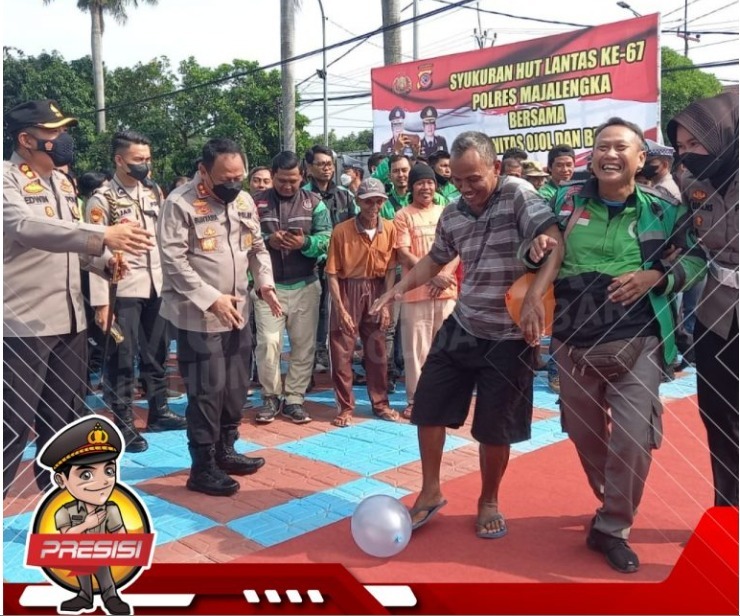 The visit was intended to giving out provision to the the Online Motorcycle Taxis and Pedicab Community in Majalengka, as well as to provide directions to the main officials of the Majalengka Police.

In addition, the West Java Regional Police Chief and his entourage also watched several competitions such as the Fashion Week competition and the Balloon Dance Competition which were participated by online motorcycle taxi drivers and pedicab drivers, as well as members of the Majalengka Traffic Police.

In distributing the provisions, Inspector General Suntana, stated that it was carried out by both the Regional Police and the Resort Police, and also involving college students. The aim of this provisions is so that the police could have the opportunity in giving mental support and any support for the community so that they could live peacefully and go on with their lives.

“We do this so that we could lift up their spirit, and this aids is not only held in Majalengka but throughout Indonesia,” said the West Java Police Chief.