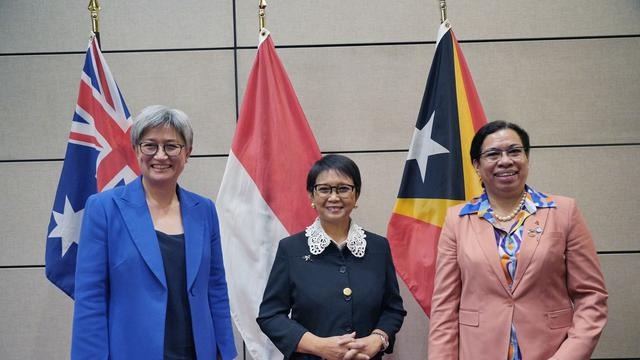 During the meeting, cooperation efforts to accelerate economic recovery were discussed.

Several areas of cooperation are considered important to continue to be encouraged, including connectivity, food security, and energy.

Meanwhile, the three Foreign Ministers also agreed on the importance of all countries to consistently respect the principles of the UN Charter.

"The principle of respect for sovereignty and territorial integrity is a very important principle to be respected," said Foreign Minister Retno, as quoted from the official website of Indonesian Foreign Ministry, Kemlu.go.id, Saturday (24/09/2022).

The three Foreign Ministers also agreed on the importance of advancing the issue of women's empowerment. Mainstreaming gender issues is considered important in all cooperation between the three countries.

G20 issues, ASEAN and maritime cooperation were also discussed at the meeting.

"Indonesia as the President of the G20, continues to strive to keep the G20 working and producing concrete cooperation, not only for its members, but for the world community," said Retno.

Furthermore, Foreign Minister Retno said that from the beginning Indonesia had paid attention to the interests of developing countries.