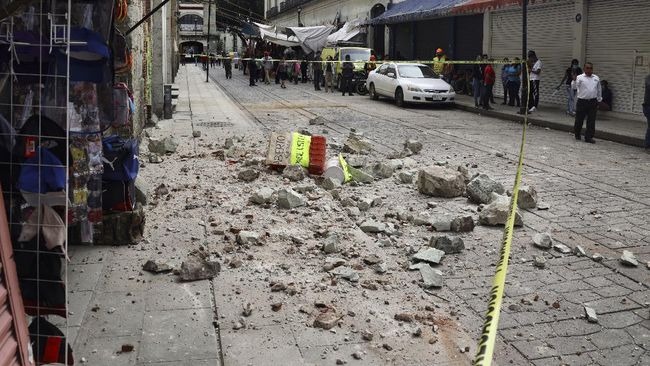 Two people were reported killed and dozens of buildings damaged by a 7.7 magnitude earthquake in Mexico on Monday (19/09/2022).

A woman has died from her injuries after being crushed by a collapsed wall in Manzanillo, in the western state of Colima. Later, a man died when debris fell on a shopping mall.

Meanwhile, nine people were injured in Colima and more than 150 houses and other buildings were damaged.

Mexican President Andres Manuel Lopez Obrador said it was fortunate that the death toll was relatively small. "It was a strong earthquake," Obrador said.

According to national seismological agency records, yesterday's earthquake in Mexico was centered at 59 km south of Coalcoman in the state of Michoacan on the Pacific Coast and a few hundred kilometers west of Mexico City.

There were hundreds of aftershocks, the strongest of which was with a magnitude of 5.8.