Hid the Weed Under his Bed, A Man Arrested by The Police 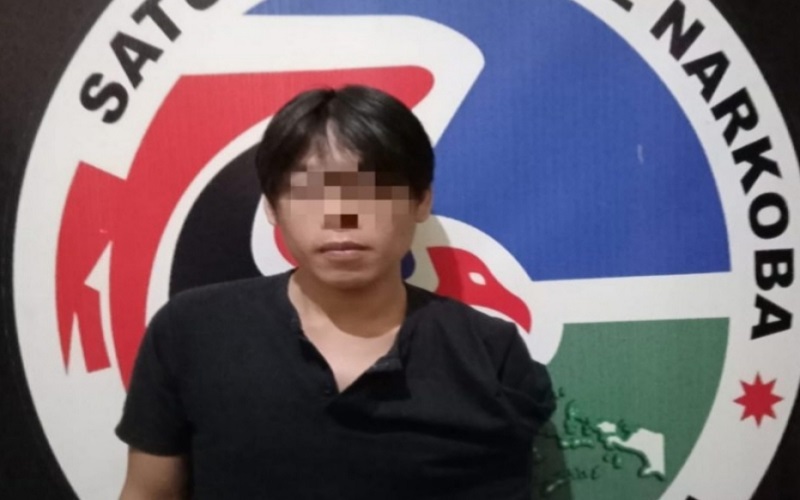 The Pagar Alam Police Narcotics Investigation Unit secured a man who was a marijuana drug dealer along with ample evidence. The perpetrator, Hengki Pernando (26), from Laskar Wanita Mantemas street, Tumbak Ulas Village, Pagar Alam Selatan District, was arrested with evidence of 1.8 kilograms of marijuana under his bed.

"The suspect was arrested at his home. During the arrest, the officers secured evidence of dried leaves suspected of being marijuana, weighing 1,800 grams or 1.8 kilograms," explained the Head of Pagar Alam Police Narcotics Investigation Unit, Iptu Sutioso.

The arrest of the suspect began with information from the public which stated that a young man often bought marijuana, which he would then re-sell it again.

"With this information in hand, we immediately followed up the report by conducting an investigation. And as a result, we found the suspect's name. Then, the members went straight to his house," he explained.

Iptu Sutioso, explained that the suspect offers no resistance when the police arrested him.

"During the examination and search, the police found evidence of 31 large packages of dried marijuana leaves that the perpetrator tucked under his bedroom bed," he explained.

From the results of the examination, the suspect admitted that the evidence belonged to him and got from Joni Agus.

"The illicit goods were bought from his colleague Joni Agus in Lintang, Empat Lawang Regency as much as two kilograms for Rp7 million," said Iptu Sutioso.