A Woman Arrested After Keeping 65 Kg of Marijuana 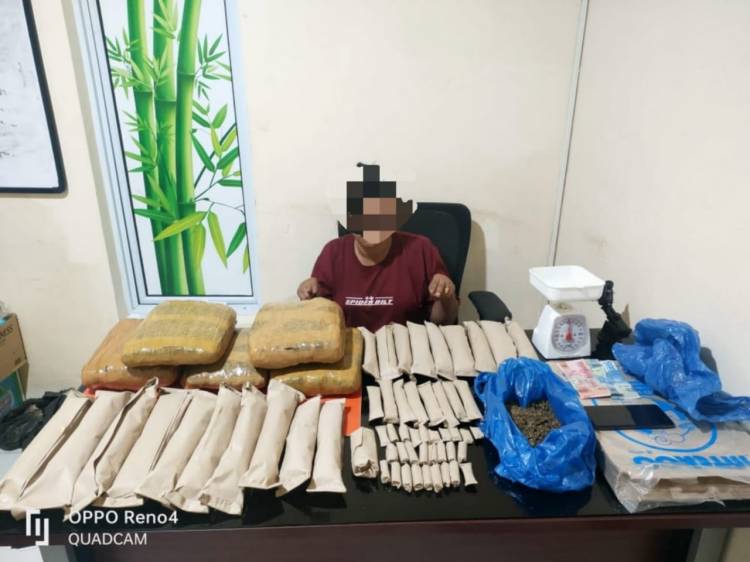 Tribratanews.polri.go.id -  A total of 6.5 Kilograms of dried marijuana and a young woman were arrested by the Kampar Police Narcotics Unit.

The perpetrator, who is a woman with the initials DS (30) is from Suka Ramai Village, Tapung District, Hulu Kampar Regency.

The disclosure happened when Narcotics Unit of the Kampar Police conducted an operation into the rampant transactions and abuse of dried marijuana in Suka Ramai Village.

The DS was arrested in front of her house.

"Then we will take the perpetrators and the evidence to the Kampar Resort Police Headquarters for further investigation," explained the Head of Narcotics Unit of Kampar Police AKP Afrinaldi SH, MH.