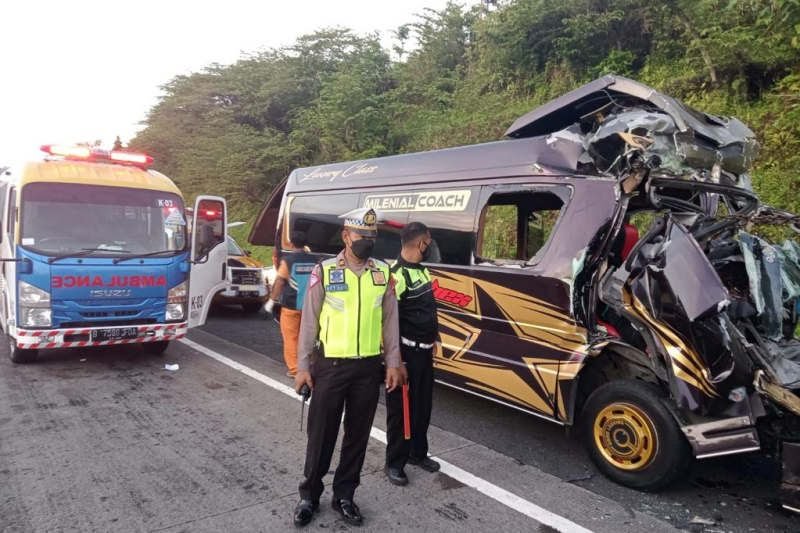 Tribratanews.polri.go.id - Police handled a traffic accident between a minibus and a truck at km 438 of the Semarang-Solo toll road in Semarang Regency, Central Java, Saturday. The incident killed five people.

He explained that the incident began when the minibus from Pasuruan, East Java, was traveling from Solo to Semarang. "The minibus then hit the back of a truck driving in front of it," said Commissioner Muhammad Iqbal.

According to witness testimony, the minibus was pushed for two kilometers by the timber truck.

Four victims, consisting the driver, the assistant, and two minibus passengers died at the scene, while one other victim died after being treated at the hospital.

The other seven injured victims were immediately treated at the Ungaran Hospital, Semarang Regency.

Commissioner Muhammad Iqbal Alqudusy, said that the Semarang Police were still investigating the accident, which was allegedly triggered by the driver of the minibus falling asleep.