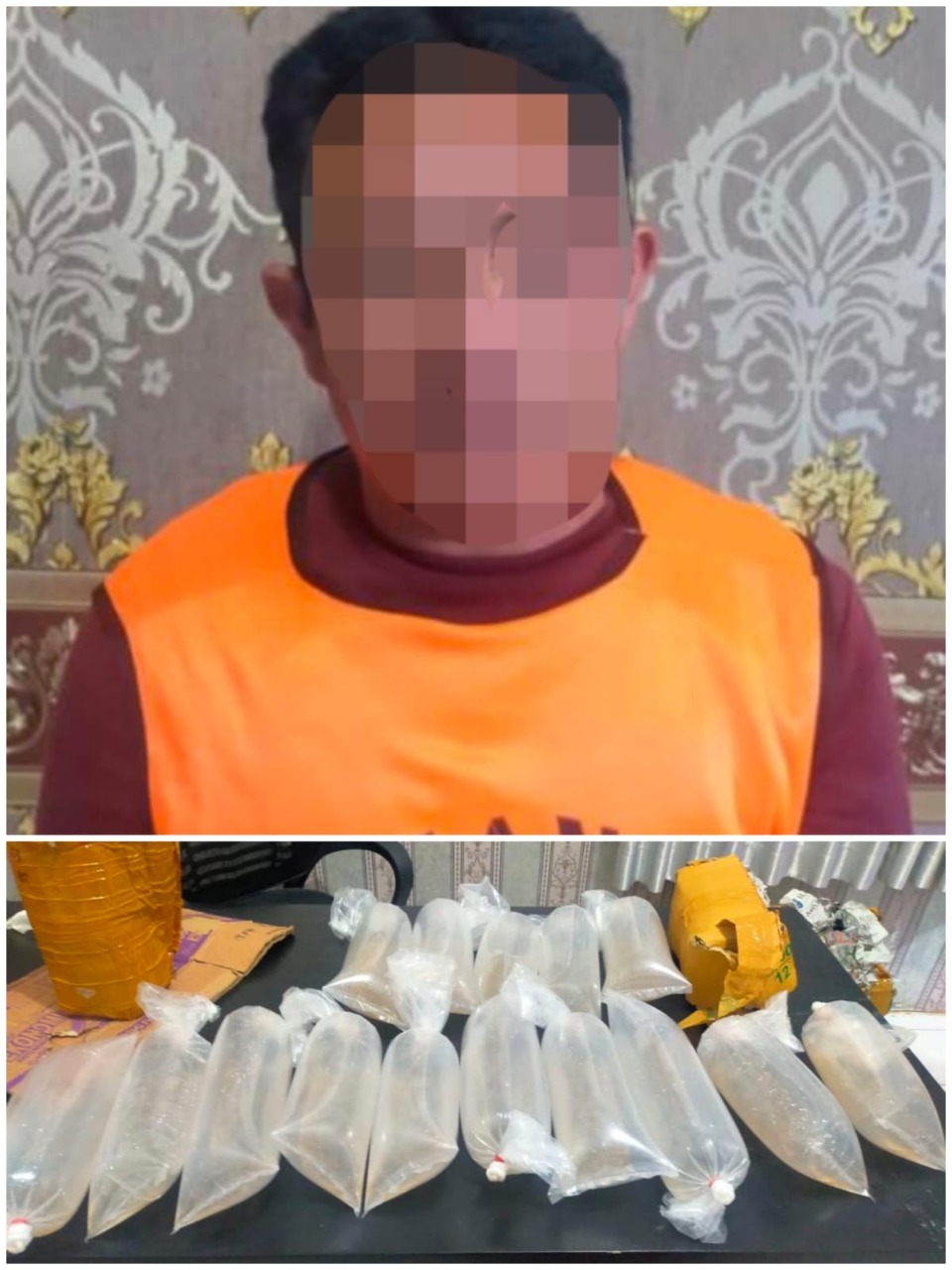 The Head of the Criminal Investigation Unit of the West Lampung Police said explained that the case begun when the team suspected two boxes with "PS" written on them in one of the restaurants.

After monitoring the boxes for awhile, not long after, a man entered the restaurant then took the two boxes.

Seeing the suspicious behaviour, the members confront the man and ask about the contents of the two boxes. Panicked after being confronted, the suspect was trying to escape.

“Then our members immediately secured the suspected perpetrator and the evidence of the two boxes that were stolen. The boxes contain clear lobster seeds," he explained.

AKP M. Ari Satriawan, added that the alleged perpetrator did violates the law. Any person who intentionally conducts a fishery business that does not meet the licensing and/or catching and/or releasing of clear lobster seeds will be processed under the applicable law.

The evidence that was secured by the team is 15 pieces of plastic containing approximately three thousand Sand Lobster Seeds, a cash of Rp2.050.000, two cellphones, and two yellow cardboard/boxes.