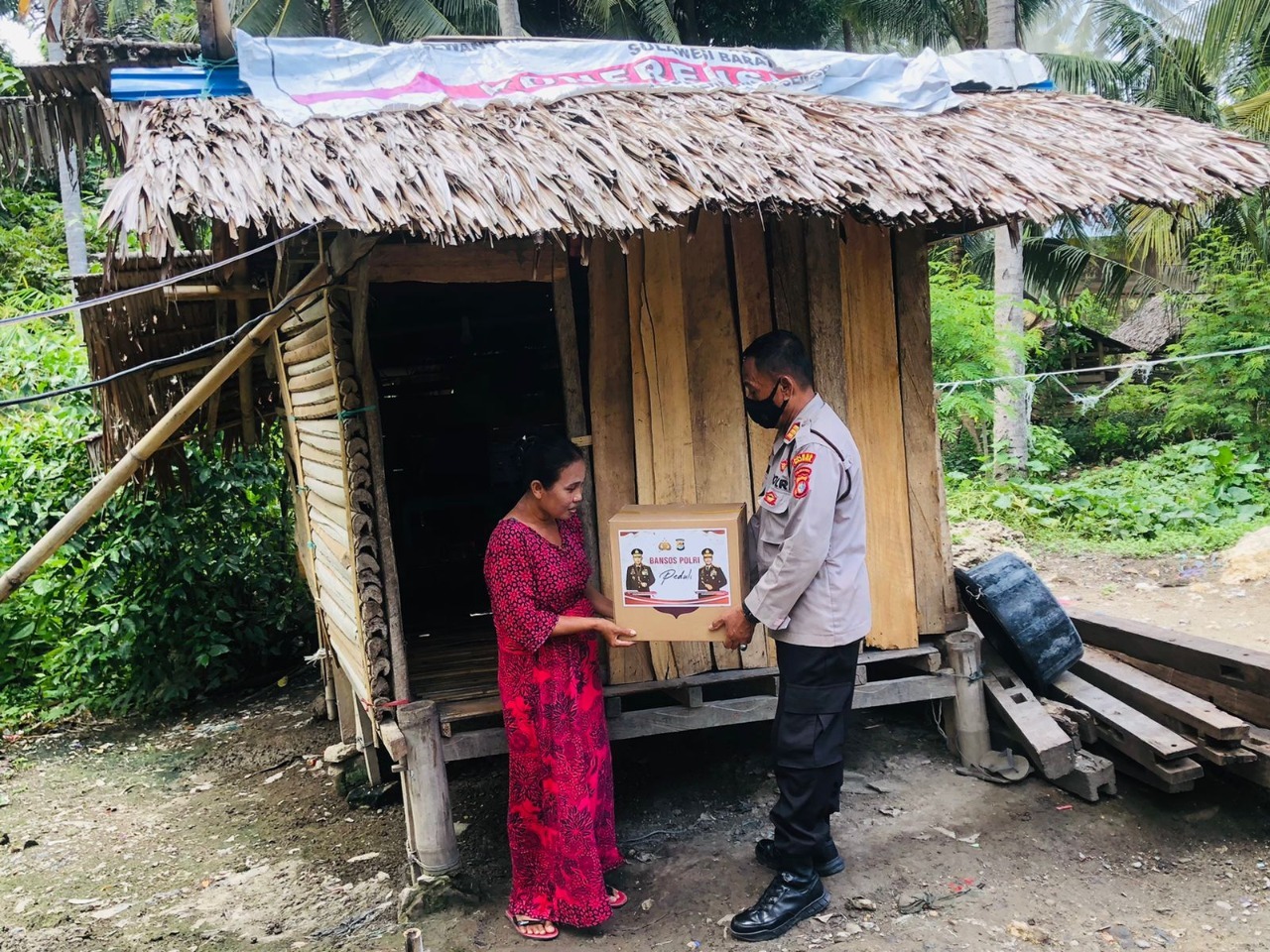 Tribratanews.polri.go.id – The adjustment of the price of fuel oil (BBM) which has been set by the Government on September 3rd, 2022, has an effect on some people, especially in the economic sector.

In response to this, the Majene Police took their steps and distributed hundreds of food packages to the community in the hope that it could help the people affected by the fuel price adjustment.

In their charity act, the Majene Resort Police went to Pamboboran village, Banggae sub-district, Majene district, to distribute their aid to the people in need in that village, Sunday (25/9/22).

The Head of Community Development Unit, AKP Soewarno Kasimin, who led the activity said "Today we distributed 30 packages of daily supplies from the National Police for the poeple in need in Pamboborang village".

"Hopefully the assistance that we provide can help a little to cover daily needs, even if the amount is not much," hoped AKP Soewarno Kasimin.