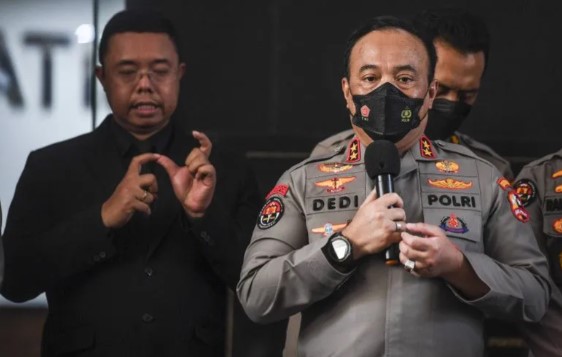 Tribratanews.polri.go.id - The National Police Code of Ethics Commission (KKEP) trial has rejected Ferdy Sambo's appeal. The decision made Ferdy officially fired from the Police. Ferdy also cannot take other legal remedies at the Police because the decision is final and binding.

Executive Director of the Indonesian National Police's Strategic Studies Institute (Lemkapi), Edi Hasibuan, assessed that the decision was very appropriate. The decision also shows the firmness of the Police in this case.

He also praised the police for the decision. According to him, the decision gives a sense of justice in society. "This decision is also widely praised by the community," he said.

Edi also emphasized that Ferdy's decision to get a dishonorable dismissal (PTDH) was final. After all, said Edi, from the start, the community expects Ferdy Sambo's appeal would have been rejected. Ferdy Sambo's action was a serious crime and his actions were inappropriate as a member of the National Police.

"His actions have also tainted the dignity of the police in the community," he said.