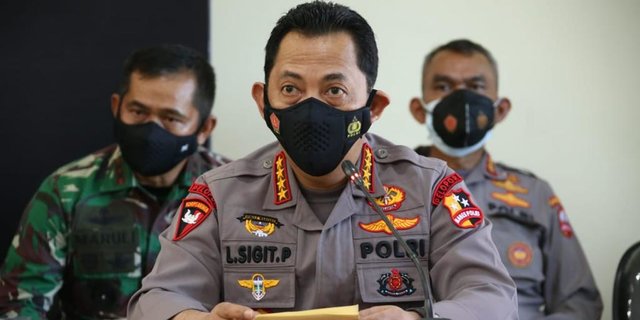 Tribratanews.polri.go.id -  National Police Chief General Listyo Sigit Prabowo said he had ordered investigators to investigate the issue of the existence of the 303 Consortium.

The issue of 303 consortium emerged during the investigation of Brigadier Nofriansyah Yosua Hutabarat or Brigadier J murder, which involved the former Head of the Profession and Security Division (Kadiv Propam) of the National Police, Ferdy Sambo.

Regarding this issue, the National Police Chief responded by saying that his party is investigating the issue. He ordered all police members to solve the case to the roots, and as soon as they found the person behind it, they will immediately issued a red notice. "Then, from there we will reveal whether there are our members involved in it or not," said the National Police Chief, Wednesday (7/9/22) night.

According to Police General Listyo Sigit Prabowo, the National Police will investigate the issue based on the evidence, and that is the approach of the scientific crime investigation. The legal framework cannot be based on assumptions, proof is needed because it involves the lives of people.