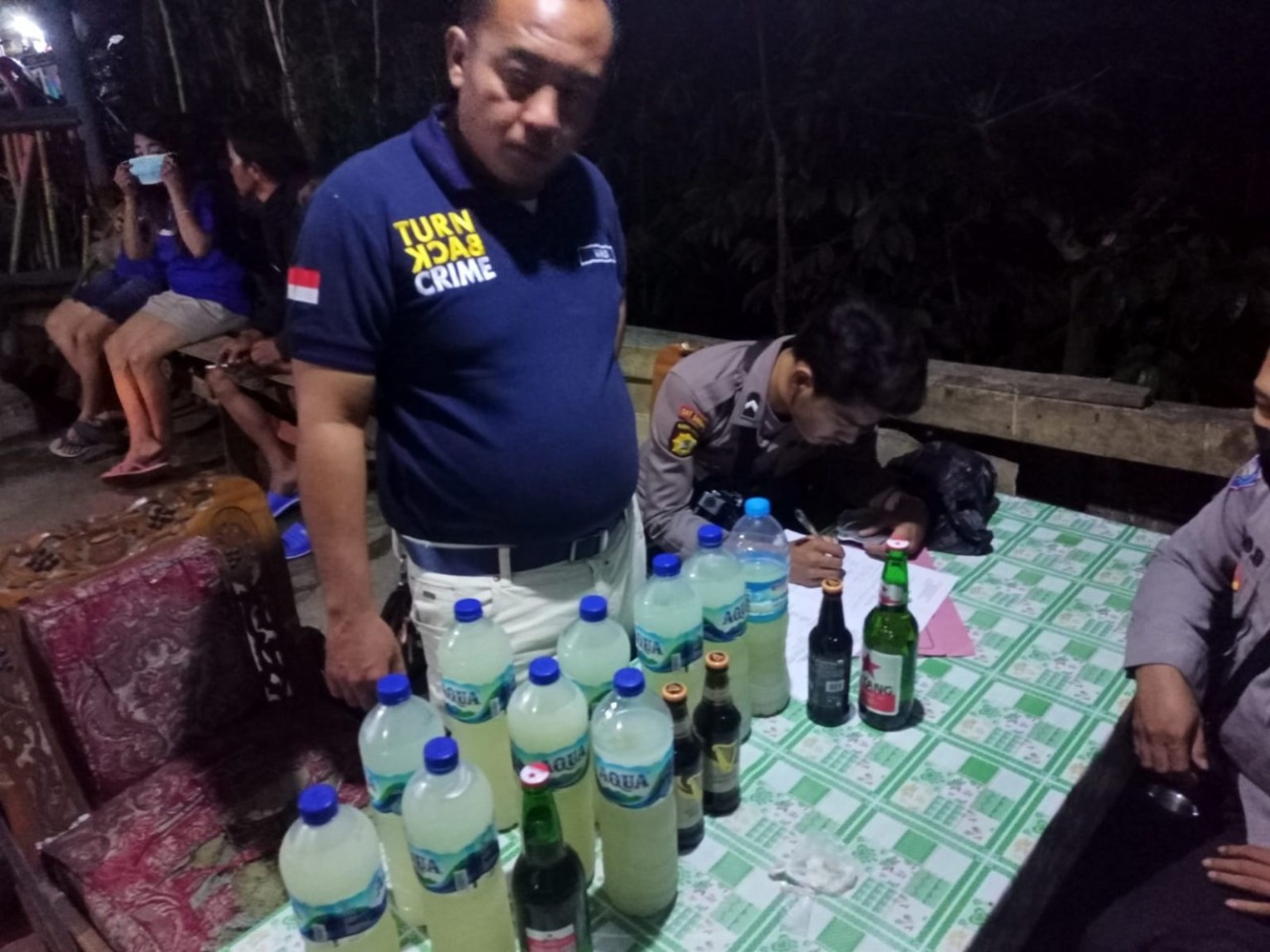 Following up the order of the National Police Chief and Bengkulu Police Chief, Taba Penanjung Police raided several street stall in Liku Sembilan, Central Bengkulu. Those areas are infamous as the place where truck drivers rest and get drunk.

In order to maintain the security and order in the area, Taba Penanjung Police send six of their personnel. Led by Aipda Mashuid, the team checked all visitors in the street stalls. Other than targeting the liquor vendors, the personnel also anticipates any drug trafficking activities, the possession of sharp weapons and firearms that can refer to other criminal acts.

“We checked the documents of every visitor's vehicle The shop owners are also given a warning not to provide alcohol, drugs, gambling, and prostitution," explained Aipda Mashudi in his written report.

During the raid, officers managed to secure dozens of bottles of black and white beer. Not only that, the officers also confiscated 15 liters of palm wine from five stalls that were known to operate without a valid permit.