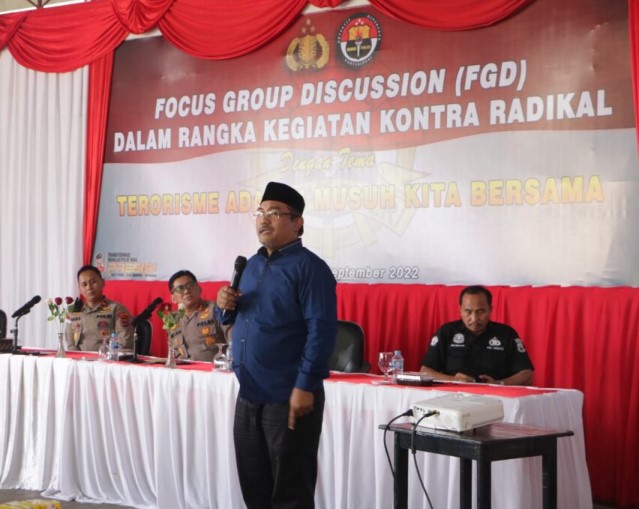 The National Insight which was held in a Focus Group Discussion (FGD) took place at the Mahligai Pancasila Building Banjarmasin and was opened directly by the Deputy Chief of the South Kalimantan Police Brigadier General Mohamad Agung Budijono.

“Terrorism is Our Common Enemy” is the theme that the program chose.

South Kalimantan Deputy Police Chief, Brigadier General Mohamad Agung Budijono, in his speech said that Indonesia is a diversed country that has various ethnicities, religions, races, and cultures. This diversity is Indonesia's strength.

To instill the correct national insight for the future, Pancasila has been chosen, as the values contained in it has the ideology and soul of this nation

In addition, the FGD is also to develop and maintain Indonesian unity with the principle of Bhinneka Tunggal Ika.

Brigadier General Agung Budijono added that the eradication of radicalism and terrorism is a complex matter. This issue is not the issue of the Police alone, but also the responsibility of all.

"The active role of the entire community can assist the police's work, especially in detecting early radical movements and terrorist activities in the region," said Brigadier General Agung Budijono.