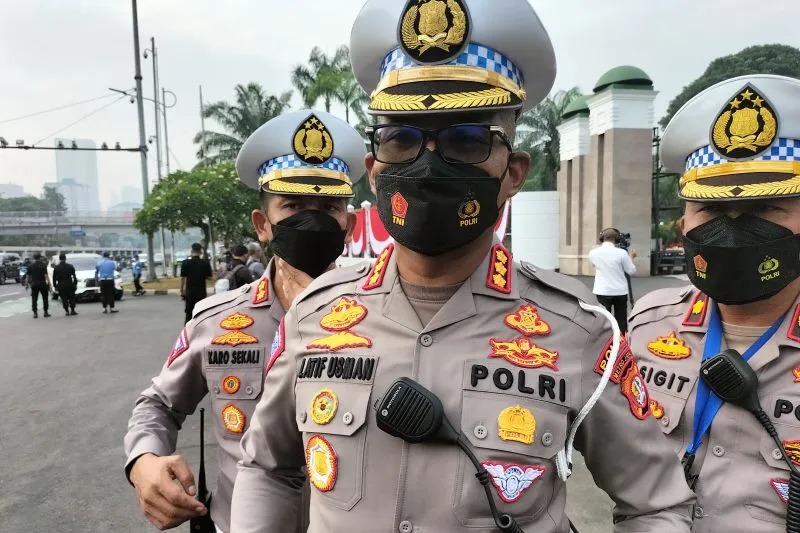 "500 personnel were deployed throughout Jakarta, because we are not only secruing this central point, but also the route from the Bogor palace to here," said Commissioner Latif Usman, when met in front of the Indonesian House of Representatives (DPR RI) Building, Central Jakarta.

He confirmed that his party will not apply flow diversion in the area of the DPR/MPR/DPD RI Building. "So far, no flow diversion has been implemented, we will see if its necessary or not, depending on the situation and conditions," he explained.

The hundreds of personnel were assigned to ensure that officials' traffic lanes were not blocked so that they could arrive on time at the DPR building. It is estimated that all executive, legislative, and judicial officials will attend this annual session. President of the Republic of Indonesia Ir. H. Joko Widodo is scheduled to deliver a state speech.


For the President and Vice President of the Republic of Indonesia, the police cleared the front lane of the Parliament Building. After the group enters, the police will re-open the lane for drivers who were previously stuck at the Ladogi flyover, Senayan.