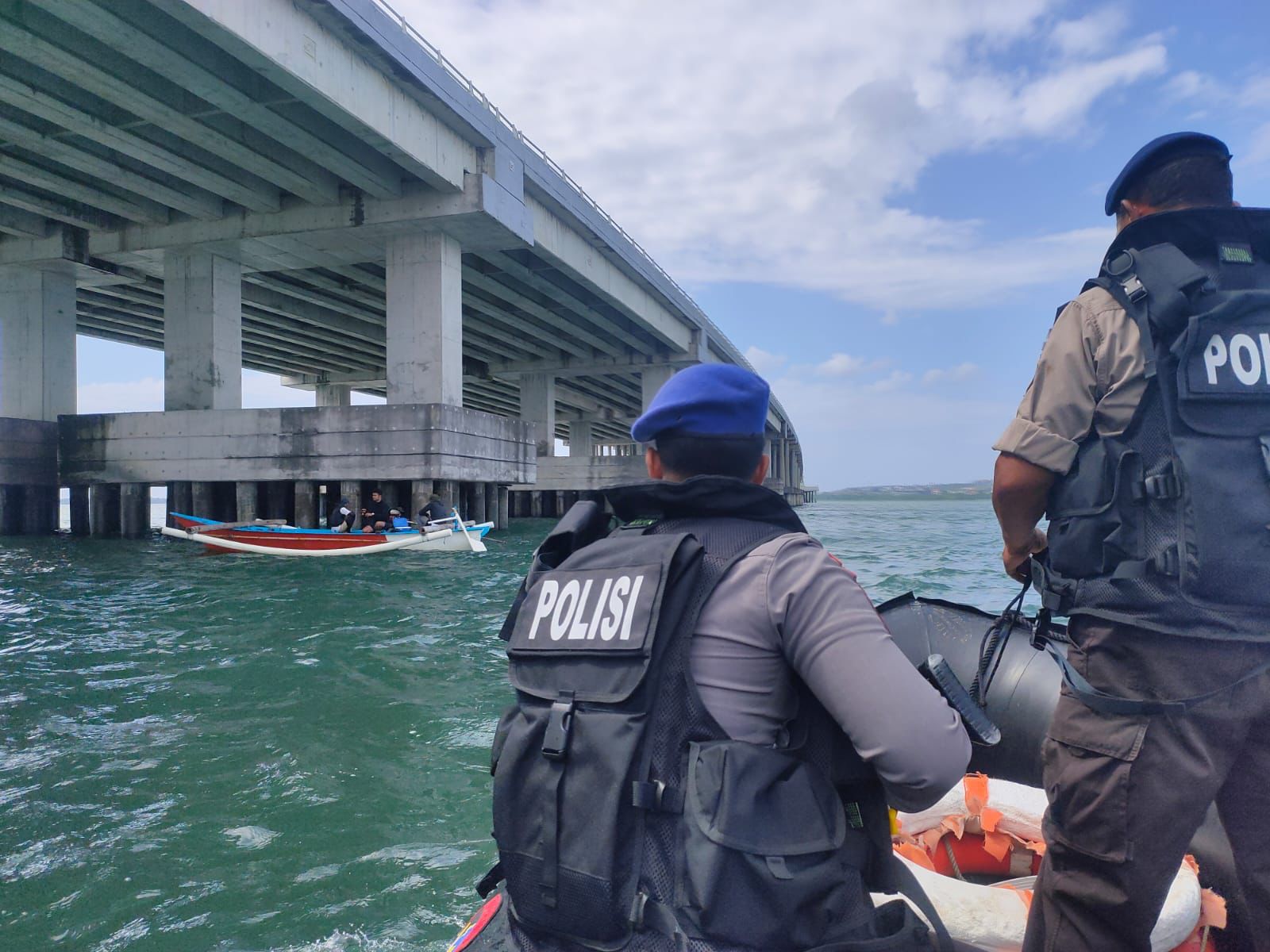 Coastal patrols are routine activities carried out by members of the Police, including the Jembrana Police, whose aimed to absorb the information that is developing in the community so that small ripples that are suspected of causing disturbances to security and order can be immediately handled.

Patrol activities carried out on Monday (26/09/2022) around 12:00 WITA to 12:30 WITA. This patrol is part of an effort to maintain the situation of the coastal area and prevent human trafficking activities, or the smuggling of illicit goods and protected animals around Pengambengan beach area.

Members of the Jembrana Police Water and Air Police guard unit carry out coastal patrols to monitor the coastal area of Kedunen, Pengabengan Village, Jembrana, with the aim of anticipating the entry and exit of immigrants, goods, and animal through shortcut routes, because it avoids inspections at the Gilimanuk port which is very strict. The patrol also aims to minimizes social security disturbances, especially ahead of the G20 Summit.

Besides that, the purpose of the coastal patrols carried out by the Jembrana Police Water and Air Unit is also to provide a sense of security and comfort to the community, especially before the G20 Conference is held.

During the activity, it was reported that the situation was under control and there were no disturbances to the security and social order.