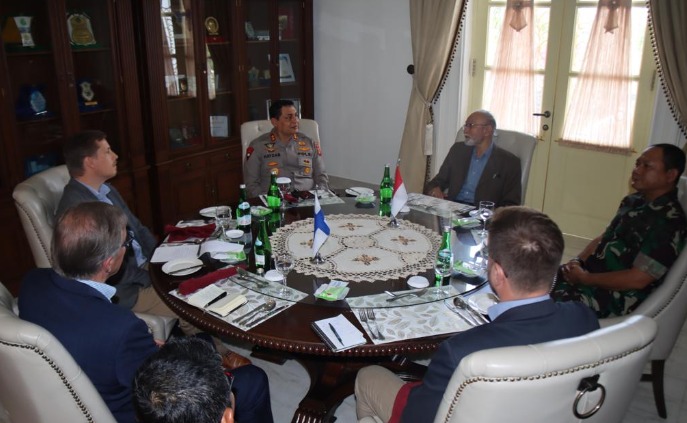 Aceh Police Chief, Inspector General Ahmad Haydar, assessed that the visit of the delegation would provide a positive value and could strengthen the Aceh peace that had been stayed strong since 2005 in the signing of Memorandum of Understanding in Helsinki.

"The arrival of CMI can strengthen the peace that has been woven since 2005. This is also related to the development of the security and social security situation in Aceh," said the Aceh Police Chief after attending a meeting with the CMI delegation in Meuligoe Wali Nanggroe, Tuesday (20/9).

In addition, the Aceh Police Chief also invites all parties to continue to maintain and nurture the peace in Aceh which has become one of the role models for handling conflicts in various countries.

"CMI itself takes Aceh's peace as an example of handling conflicts in various countries, such as Myanmar. Therefore, let's protect and defend it," said the Aceh Police Chief.