The Demonstrations Against the Death of Mahsa Amini in Paris 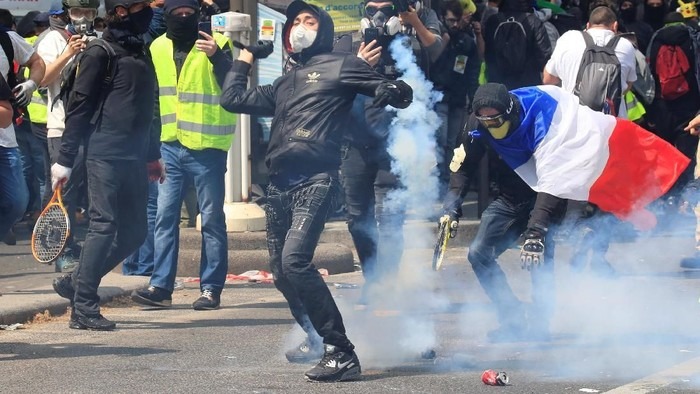 Tribratanews.polri.go.id  - The protest against the death of an Iranian woman named Mahsa Amini in Paris, France ended in chaos, where the police fired tear gas to disperse the mass.

Protesters gather in central Paris. They protested for the second day in a row over the death of Mahsa Amini after being arrested by Iran's moral police. Reported from AFP, on Monday (26/09/2022).

The demonstration started from Trocadero Square in central Paris. Some demonstrators shouted their anger against the Iranian government and against the leadership of Ayatollah Ali Khamenei.

Demonstrators march towards the Iranian Embassy. Police in riot gear blocked the protesters' path. Police fired tear gas to disperse the protesters. In a statement, Paris police confirmed that tear gas had been used.

"On several occasions the group tried to break through roadblocks erected near the Iranian embassy. Police used tear gas to drive them away," the Paris Police statement said.

Paris police claimed there were 4,000 mass demonstrations. One person was reportedly arrested and one police officer was injured.