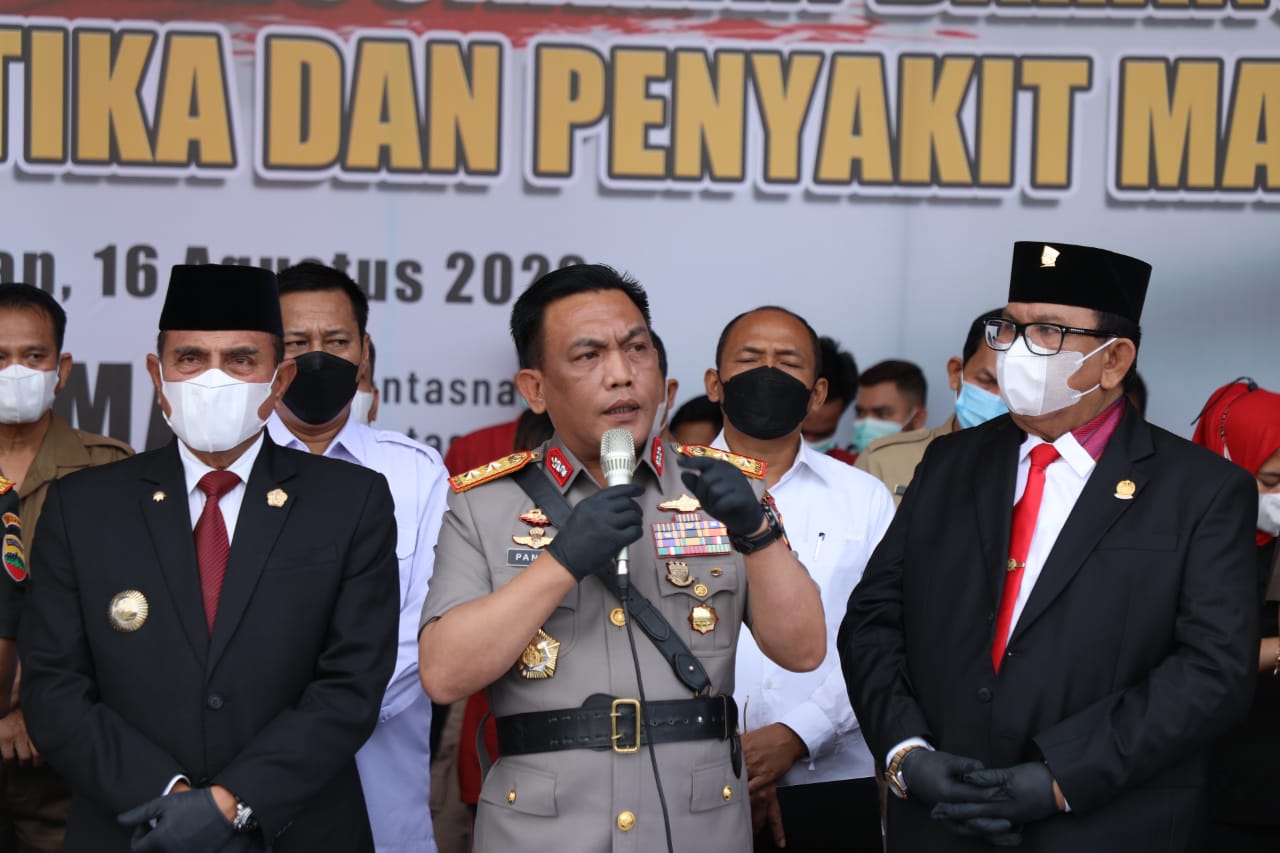 During the last four months, the North Sumatran Police managed to uncover 42 cases of narcotics crime in large numbers. Narcotics that were successfully confiscated were 253 kg of methamphetamine, 60 kg of marijuana, and 33,183 ecstasy pills from total of 72 suspects.

Inspector General R.Z. Panca Putra said that the disclosure of narcotics cases was proof of how serious the North Sumatra Police in eradicating drugs in North Sumatra.

"One of the contributing factors why there are criminal actions is due to the abuse of drugs. Therefore, to anticipate it, in the past four months the North Sumatra Police have managed to uncover hundreds of kilos of crystal methamphetamine, marijuana, and ecstasy," explained the Police Chief.

"North Sumatra must be free from drugs because most crimes, such as gambling and alcohol, were done by drugs users," said the Inspector General. Pol. R.Z. Five Sons.