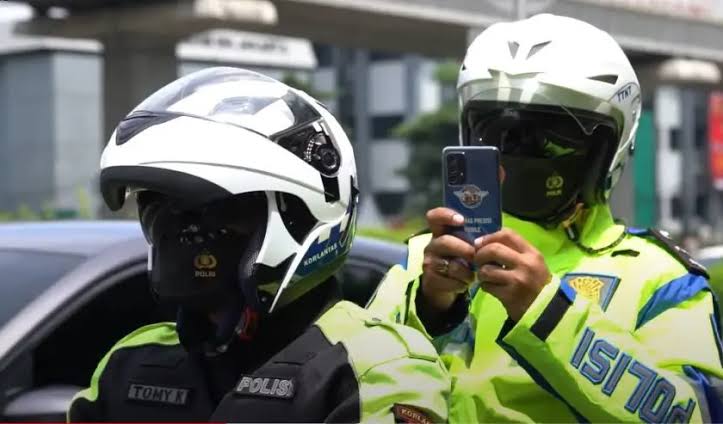 Tribratanews.polri.go.id -  National Police Traffic Corps will develop the Electronic Traffic Law Enforcement (ETLE) Mobile in DKI Jakarta, and the application of the more dynamic ETLE model is expected to be able to better discipline road users in obeying the traffic rules.

The Director of Traffic Unit of Metro Jaya Police, Commissioner Latif Usman welcomes this plan and hopes that all roads in Jakarta can be installed with ETLE cameras.

"Of course we will also welcome the policy from the Traffic Corps, especially ETLE mobile which will be developed because it is hoped that there will be no more manual ticketing in the future. This is what is expected by the National Police Chief and hopefully in Jakarta it can be realized soon, so all roads can be monitored b through the existing ETLE," he explained, Thursday (22/9/22).

Commissioner Latif Usman said that currently in Jabodetabek there are already 77 static ETLEs installed. For next year, it was planned that they will install another 73 cameras in Jabodetabek, bringing the total number of ETLE installed to be 150 in 2023.

He also hopes that with the number of ETLE cameras installed, public awareness for traffic rules can be increased and the police officers on duty in the field can work transparently. "This is what the National Police Chief hopes, so that there is no abuse of authority," he explained.